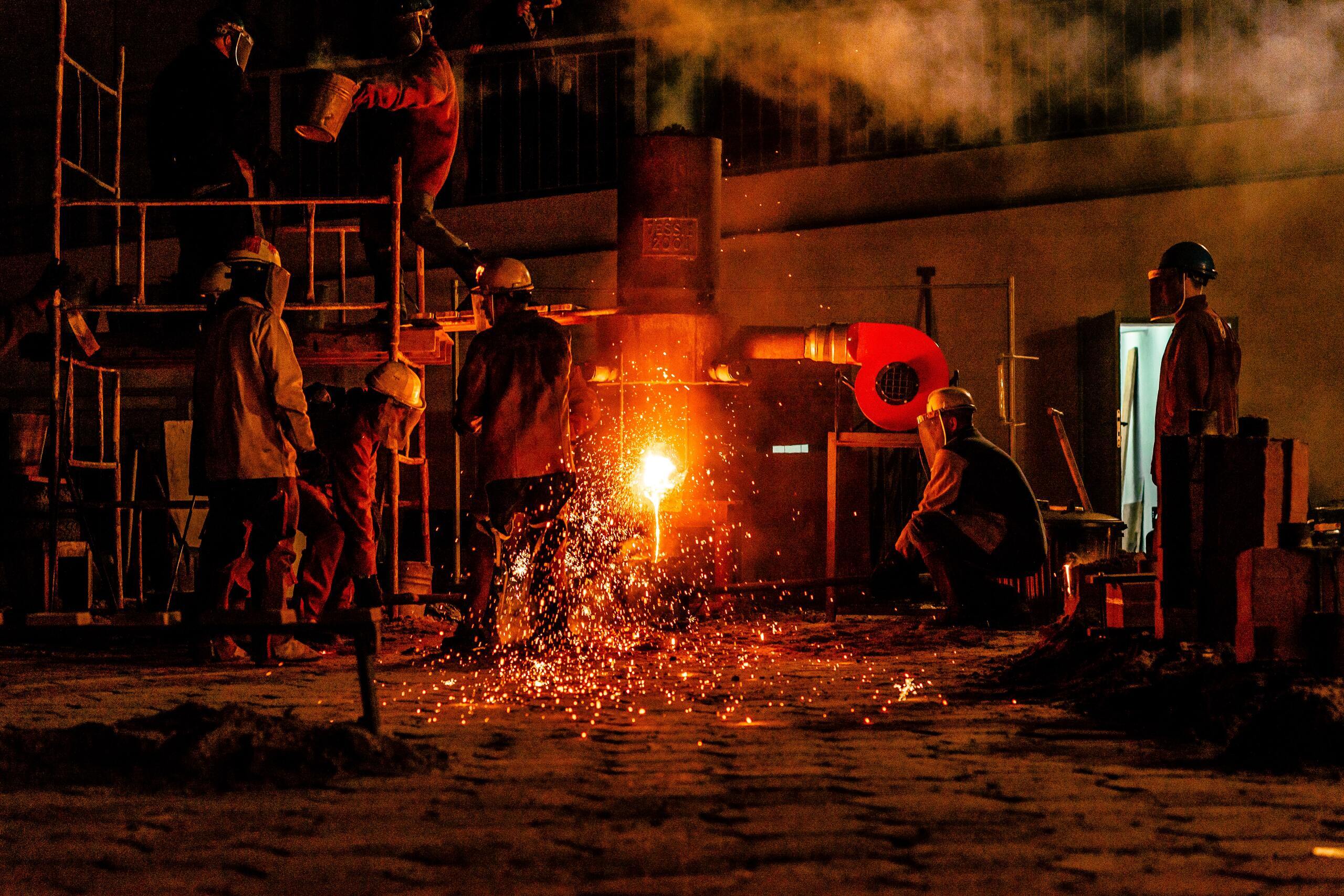 The hostile environment of steel industries is a major driver of the main problems faced by the industry: corrosion and low efficiency in the maintenance of structures and equipment.

Knowing this, it is necessary to understand how to adapt the operation and data analysis processes to ensure that the value drawn from them is greater than the consequences generated by the environment.

In this context, the predictive maintenance process will be presented and deepened in order to understand how it can be the solution to increase the efficiency and profitability of steel industries by facilitating the management of corrosion and failures in these companies.

Main causes of corrosion and failure on Steel Plants

The particularity of the steel industry environment is due to the transformation processes involved in the operation to obtain the desired end product. These processes are mostly operated at critical temperatures, in addition to the chemical processes that may also exist.

Thus, both metallic structures and the equipment present in the production process end up being worn and corroded. Because of the constant submission to these circumstances, the problem is increasingly magnified and the integrity of the assets and structures is greatly compromised.

Another consequence of these harsh environments is the limitation of workers’ operation in the field due to the high temperature of the processes, including cases where it is not allowed to stay more than 20 minutes working at the site in question.

In addition, the inspection and monitoring is usually performed in an analogical way, with little digitalization. In other words, if the operator cannot even spend 20 minutes inspecting pieces of equipment that operate at high temperatures and still has no efficient digital tools to do his job, it is clear how susceptible to errors this process is and how it can lead to unplanned downtime.

The method of equipment maintenance is also not optimized, occurring mostly in a corrective way. When equipment fails or corrosion in a structure needs to be corrected, the same operating time limitation is a problem, and the lack of error predictability leads to the previously mentioned downtime.

What is predictive maintenance

This type of maintenance is based on the development of predictive models based on the collection and contextualization of operational data, such as sensor data and historical data from equipment. These models process the collected data and generate predictive analyses of equipment functioning, indicating possible failures or drops in efficiency before they even occur.

As an example, sensors can be installed in essential equipment of the operation, such as raw material conveyor belts, in order to monitor its processing parameters and analyze the behavior of these variables over time. By cross-referencing this information, it is possible to find situational patterns that indicate possible problems from the variation of the data and prevent a failure of this belt, which would compromise the production as a whole.

According to McKinsey, predictive maintenance usually decreases between 30 to 50% of equipment downtime in industries. In the context of the steel industry, which is involved by a giant chain of industries that demand its product, this data alone shows the value to reduce failures and delays in operation.

The prediction models make it possible to act on equipment even before it fails and needs an unplanned stop, increasing its useful life and the mean time between failure. As a direct consequence of these benefits, the OPEX spent on operation and maintenance in these industries is significantly reduced.

Moreover, failure prediction avoids rework by the operators and unnecessary exposure to the hostile environment of the steel industry, since it is possible to prioritize and assertively understand which are the critical points of the operation that really need attention at the moment.

In general, adopting the predictive maintenance process allows a greater knowledge of the operation as a whole, greater safety for workers in the field, and cost reduction in maintenance and replacement of components or equipment.

Due to the harsh environment present in steel industries and lack of digitalization of processes, the operation ends up becoming more dangerous to workers and presenting several difficulties in its optimization.

In this case, predictive maintenance allows to understand the best moment to act in a process, perform the exchange of a part and even the complete replacement of an equipment, and all this with a much greater anticipation and early planning, reducing spending on rework and increasing the profits of the operation.

If you want to know how you can start using predictive maintenance in your industry and what technology you should invest in, click here!

Main problems regarding Steel Industries Operation and Maintenance
Next